This summer was a pretty big deal when it came to the music scene in the 757. From releases to events to tours to festivals, the 757 was buzzing with excitement and productivity all summer 2018. Here is a list of some of the most game changing events that took place in music in the Hampton Roads area this summer. 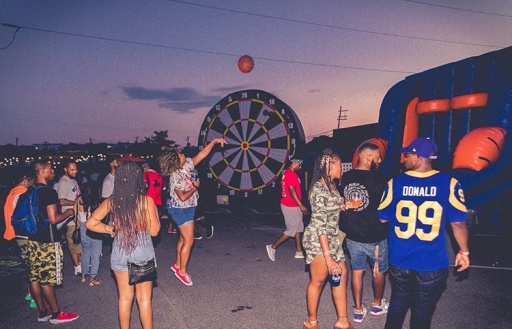 Niyah Nel, curator and owner of Everyday Dope Life, has for the second time put together what is probably the biggest event in 757 music culture for the second time in a row. EDL Fest is a 1 day music festival that is held at Oconnors Brewing Co. in Norfolk VA. The event featured an informative panel consisting of many successful creatives from the 757 area such as Xavious (owner of Pacers) and Sulay (Visual artist of AWGE). The event also featured a cypher featuring local artists such as JBDaPilot and Fishskale Rabble. The event also had several games for guests to enjoy as well as local food and clothing vendors that guests could purchase from as well. The day ended with a show featuring performances by Hot Gumbo Brass Band, Al Doms, Doeski, Alondo Jackson, Treez Lowkey and KEY! as the headliner. Check out our vlog from the event here! 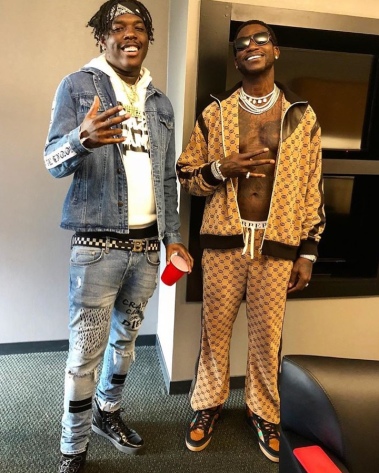 Young Crazy is making his transition from a hometown favorite to a nationally respected recording artist and in the 757 we all get the pleasure of  watching it happen first hand. In addition to dropping joint project “This A Crazy Era”  earlier this summer with Era Hardaway, this summer Young Crazy has been on tour with Ski Mask The Slump God and Bandhunta Izzy on the Ski Meets World Tour. He also dropped the visual for “Different Now” the first song off of the collaboration project with Era (check it out here ) Lastly, the artist got to perform at Rolling Loud and in doing so got to meet one of the artists he looks up to most, Gucci Mane. 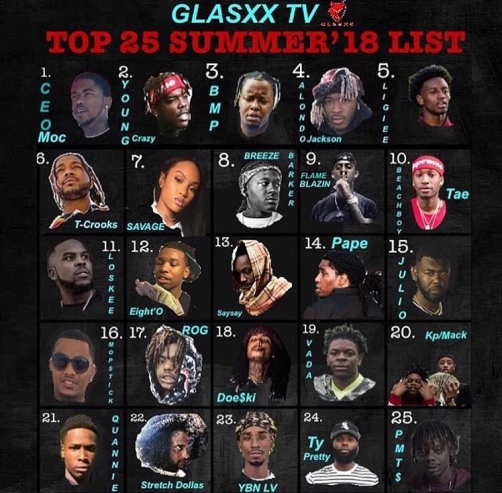 If there was an award for most controversial VA blog, it would definitely belong to Glasxx TV (@glasxx.tv on Instagram). Glasxx, owner and main curator for the blog, is no stranger to participating in antics that shake the table. This summer the blogger decided to put out a list of artists who he felt was the best in VA at the time and by doing that he caused quite the uproar. Just by taking a glance at the comment section you can see that the public had a lot to say about the list. Some stated that the list was biased, others felt that the list was simply a joke, there were some artists such as YSN Capo who simply didn’t care about the list at all. 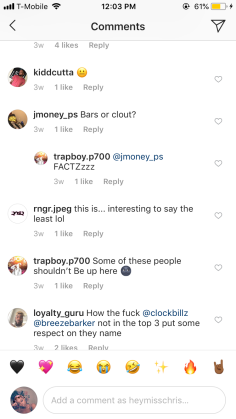 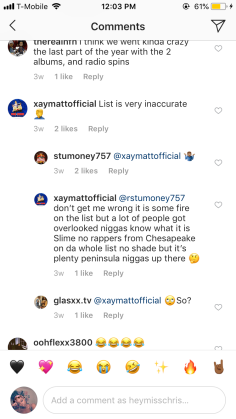 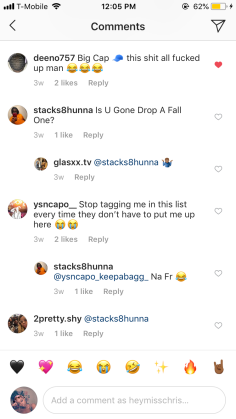 When asked about the list, Glasxx stated that once he put the list out, it inspired change in the music scene. He felt that everyone who was upset about not making the list started working harder. Making the list, no matter how accurate or inaccurate, was his way of pushing the culture.

4.  G.O.D.S. Music Group Proves They Are A Force To Be Reckoned With 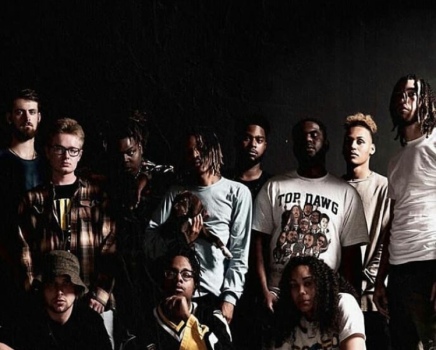 If there was ever a time to pay attention to G.O.D.S. Music Group (@godsmusicgroupp on instagram), its now. This diverse collective is taking tremendous strides toward showing that they are the on the way to becoming VA greats. For a long time this group has been putting in the work when it comes to music, however it wasn’t until recently when they put together their “Apollo” showcase at Shakas this summer that people really started paying attention and seeing this collective as the dope creatives that they are. The showcase was in celebration of the release of their project “Apollo” which does a beautiful job of combining lyricism and talent with relevancy resulting in a one of a kind sound. In addition to doing there thing as a group, the members all have been making noise as individuals as well. Earlier this summer group member R. Locko released his highly anticipated project “Star Of Lion” and KJ The Gawd released “Going Against The Worlds Demons” which we covered here. G.O.D.S. Music Group utilized this summer to make believers out of all of us and with that being said, we can’t wait to see what they come up with next.

From our “Off The Wall” Showcase to IIIDAZEs “To The Grave” the 757 music scene had plenty of showcases going on all summer long. Events from more established brands such as Traptastics “Higher Learning” event presented a chill vibe and included artists Lacree, Opal, JBDaPilot and Skuzii.  We also had events put on by creatives who are newer to the scene such as LoserKevs ( @loserkev on IG ) “The Retrograde” which was a very high energy event and catered to the younger crowd with artists such as Yung Young  and Rodeo Glo.  There were shows put on by artists themselves such as IIIDAZE “To The Grave” (covered here ) as well as BreezeParks concert which we covered here.  Lastly, Wrek Shop Ent. put together the Free Gwalla showcase in honor of Foreign Gwalla, a local artist who was recently locked up. With all of these events going on, there was literally something for everyone to do. Thanks to all of the creatives and curators of the 757, it was beyond impossible for anyone to be bored in the 757 this summer.

Summer 2018 was full of exciting events, awesome music releases and magical moments. What was your favorite 2018 Summer memory? Comment below.

One thought on “Sh*t Really Getting Different Now: Important Things That Happened In 757 Music This Summer”

This site uses Akismet to reduce spam. Learn how your comment data is processed.